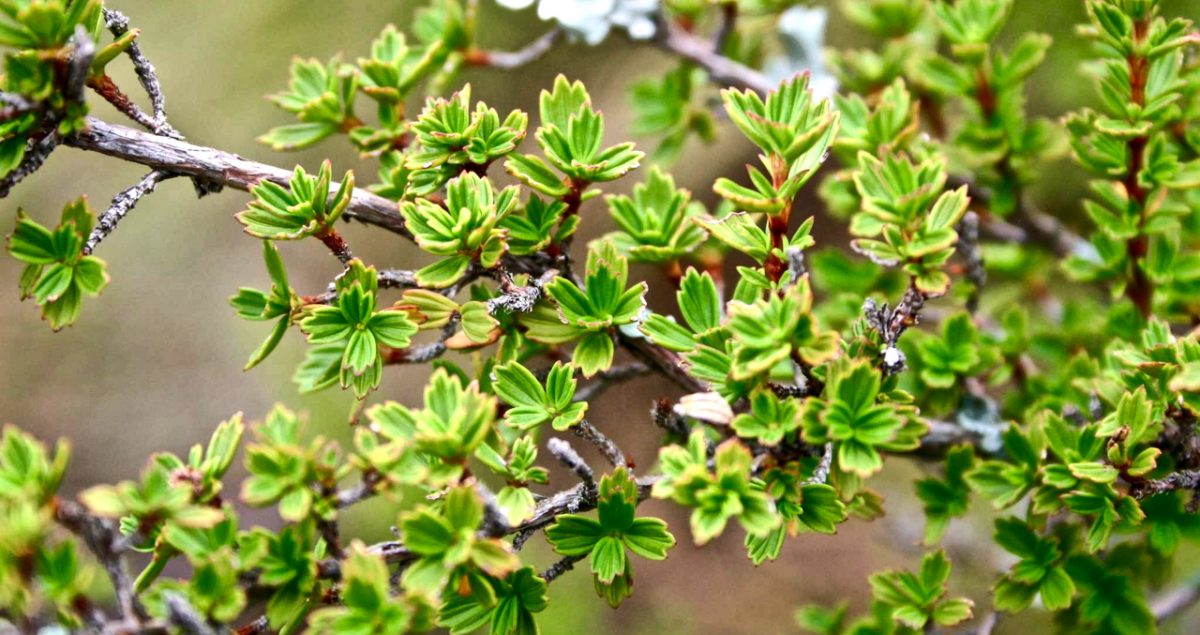 Life on Earth was born in water. Then, about half a billion years ago, the first organisms stare colonizing lands that offered new spaces, less predators and, in time, abundant oxygen and nutrients. Still, the indissoluble bond that living organisms had with water remained, and in order to survive in this new environment plants and animals had to develop anatomical, physiological and behavioral adaptations to better obtain, manage and save water. Plant bodies, as well as ours, are mostly made of water, in percentages ranging between 65 and 98%.
Some can tolerate small water losses for short periods of time, but as anyone who found a dried cemetery on his balcony after a summer holiday knows very well, major water losses quickly lead to death. However, there is a group of plants that better than any other know how to survive in very dry environments. Most of them come from southern Africa and at first glance they look…dead. They can stay in this state for years, but as soon as they are wet they show the extraordinary ability to revive, green and even flower within a few days or hours. This is why they were named “resurrection plants” and may represent a resource for the future of agriculture.

Cereals such as wheat, corn and rice, that are at the basis of global food supply, are in fact annual plants that require a wet season in order to grow and fruit. Since world’s population is rapidly increasing while arable wetlands are instead shrinking because of the climate change, it is easy to realize that the search for drought tolerant crops is required to ensure global food security. 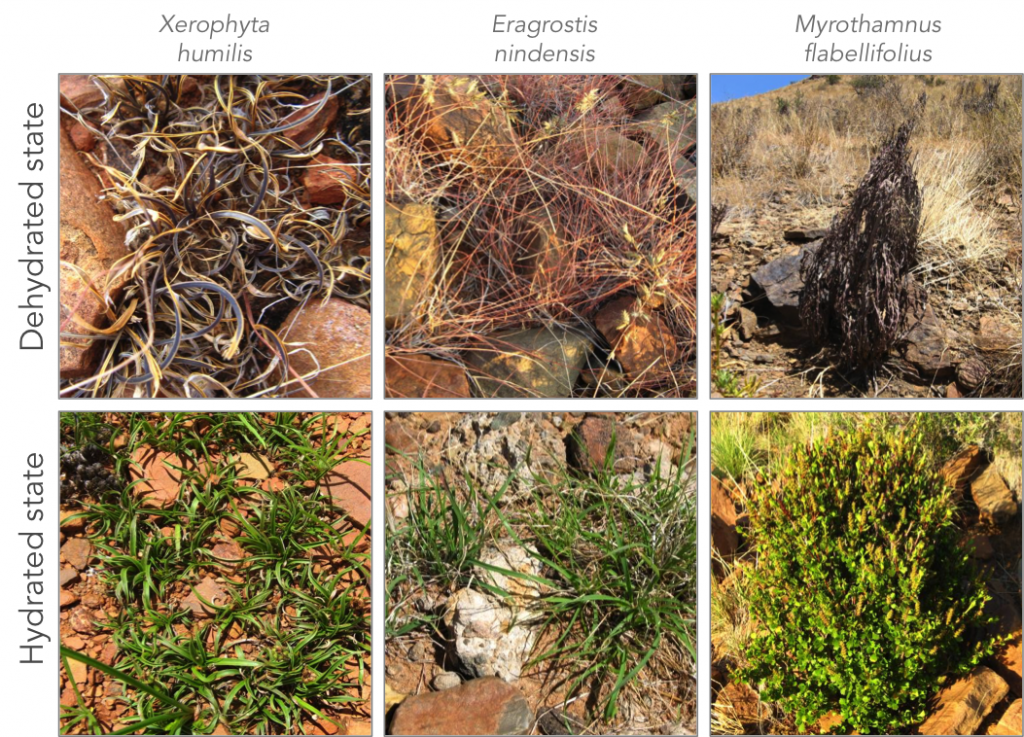 How do resurrection plants come back to life? In their apparent death state these plants slow down their metabolism to the minimum. They ensure that cell structures are not damaged by the lack of water, by the loss of volume and by the presence of oxidizing substances which are typically produced upon water stress. This requires the combined action of genetic, physiological and structural mechanisms that we are just starting to grasp. Cells become smaller and the walls must become more flexible to keep up with the change in volume.
Being unusable, photosynthetic apparatuses are dismantled, but building materials are stored so that they can be quickly rebuilt as soon as water becomes available again. Antioxidants enzymes and molecules are produced to neutralize free radicals, and carbohydrates metabolism is redirected to the production of sugars such as sucrose and trehalose. These, together with some special proteins called LEA, have the function to protect and maintain the shape of all the cellular structures, including DNA and organelles, with a role halfway between that of a scaffold and a bubble wrap.

Many of the genes controlling these processes have been recently identified. Interestingly, they are not only common among resurrection plants, but they are also found in any other vascular plant. There is indeed at least one stage in each plant’s life which is specifically intended to make the plant enter a dormancy state, dehydrate and wait for the right moment to “come back to life”: the seed. Therefore, plants already own the genetic setup required for facing dehydration, but these mechanisms are exclusively active during the embryonic stage and not in adult plant organs, such as leaves. If researchers will succeed in their attempt to produce new varieties in which the endogenous “resurrection genes” are activated in every part of the plant upon dehydration, drought tolerant crops will be soon a reality and they might ensure a reliable food source in those territories where, so far, a poor rainy season could have severe social and economical consequences.

This website uses cookies to improve your experience while you navigate through the website. Out of these, the cookies that are categorized as necessary are stored on your browser as they are essential for the working of basic functionalities of the website. We also use third-party cookies that help us analyze and understand how you use this website. These cookies will be stored in your browser only with your consent. You also have the option to opt-out of these cookies. But opting out of some of these cookies may affect your browsing experience.
Necessary Always Enabled

Any cookies that may not be particularly necessary for the website to function and is used specifically to collect user personal data via analytics, ads, other embedded contents are termed as non-necessary cookies. It is mandatory to procure user consent prior to running these cookies on your website.